Report by agents — data from other reports (main, SLA, CSI), which shows them with binding to specific agents.

Set the sensor range «from» — «to» or use the standard values in the pull-down menu and click to the button «Apply». 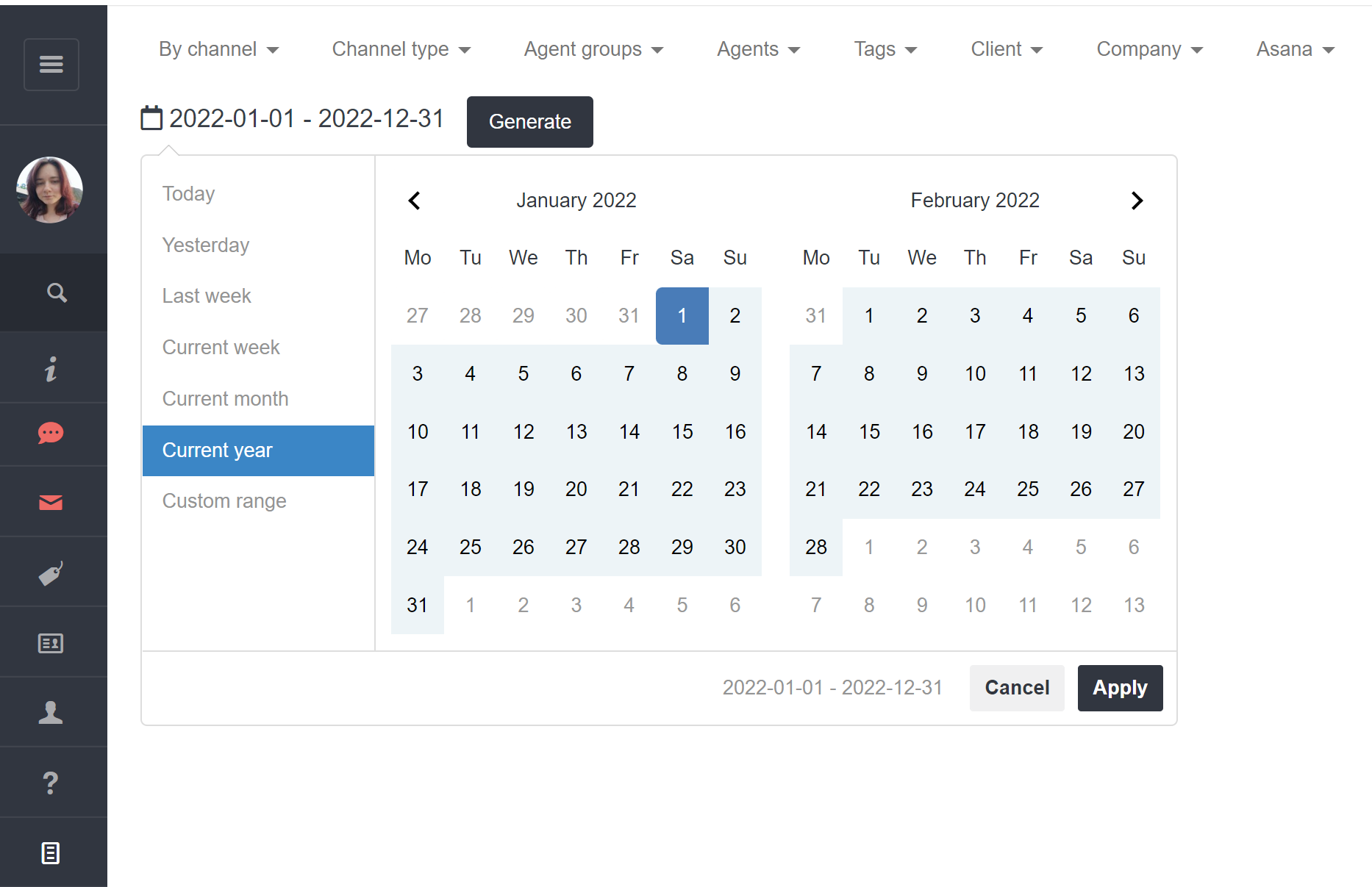 Additionally, use the «Compare» checkbox. The report will compare the figures for the specified period with the previous period of the same duration. For example, if you select a current month, you will get a percentage difference from the previous month. All data from the report will be compared.

Some of the parameters in the table are similar to the general report and are displayed by е assignee.

The parameters shown in the table:

The colour of the cells will help guide the agent's performance:

Green — the agent is within the specified SLA framework/has good CSI performance;

You can upload a report to a file that contains even more data. In the table, you will see several additional columns: